I Came across these apparel dummies in Michel Delving today. When you click on them it brings up the LOTRO store and directs you to a bundle that includes all the items on the dummy. The bundles range in price from highest 1295 to the low price of 325. Personally I own many of the items on these dummies already so I won't be purchasing any. 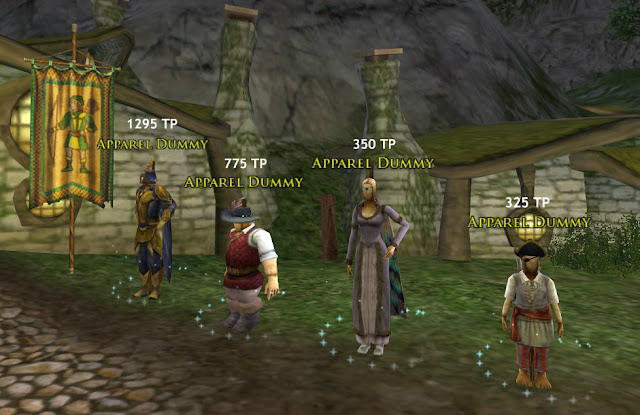 A similar set of armor can be tailor crafted at Tier 6 for the most expensive bundle (Also these items can be found on the auction house often). However the cloak I believe is store only. (I might be mistaken) In my humble cosmetic opinion I would not suggest purchasing the most expensive bundle unless you're low on game gold or have no crafting abilities. If you do have crafts/gold, but not the level/armor requirement, I would instead suggest purchasing 10 slots in the wardrobe for 495 TP.

As for the second highest bundle a few of those items are Isengard instance drops, so if you aren't high enough level to do Isen I would snag these! (Unless of course you do have the wardrobe!) Even if you do have the wardrobe, the bottom of this outfit is extremely hard to find on the auction house, at least on Imladris server. 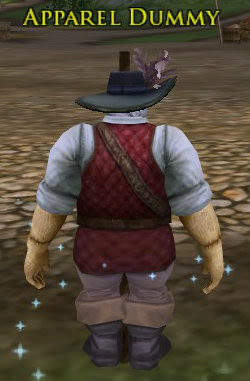 Last but not least, or actually it is the least! The last bundle is for 325. You cannot beat that price! You get a cool little pirate costume that will be good for Halloween! 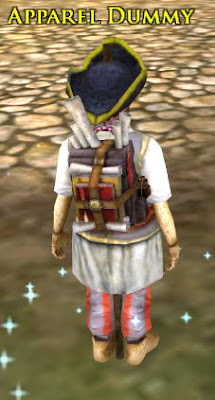 at 4:44 PM Posted by Unknown
Email ThisBlogThis!Share to TwitterShare to FacebookShare to Pinterest

I like that you can see what the outfits look like in game and not just in the dressing room.

I don't like that they are in pretty much every town and in multiple locations. (Right near a forge in Bree, really?) Instead I think having one set of the dummies near an outfitter would've made more sense.

One final thing. I wonder how often they are going to change them out.