*Disclaimer: Had a lot of fun with this one so this post will have a heavy amount of photos.*

My most recent outfit is inspired by the game series Assassin's Creed. Personally I have not played these games much, but they're some of my boyfriend's favorite games. I enjoy watching him play them. The outfits for Altair and Ezio are really cool. (look for pictures of them below) I tried this look on my elf and my woman, but they just didn't pull it off like my hobbit. 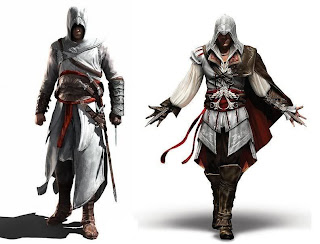 From what I have seen of these games the main character seems to enjoy climbing and rooftop diving. As well as sneaky murderous attacks on unsuspecting victims. In my images I tried to capture the essence of an assassin, but in the cute form of a tiny hobbit from the Shire. So forgive me if she isn't menacing enough. 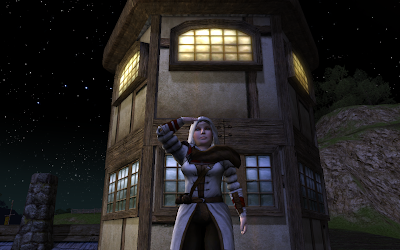 Getting ready for some serious diving! 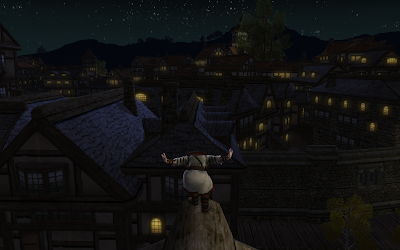 Catch me! There isn't a haystack to fall into! Ahhhhh! 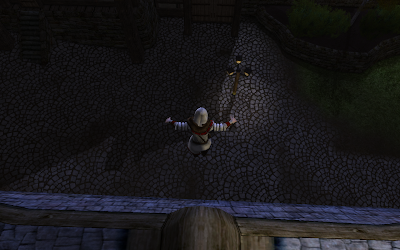 One of the ideal places to land when falling from rooftops is a haystack. My hobbit will have to stick to lower buildings I suppose. 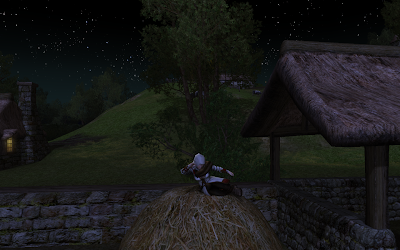 Time for some sneaky attacks! 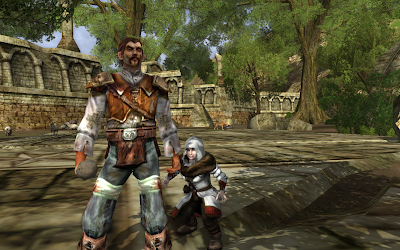 And that's how it's done ladies and gentleman! 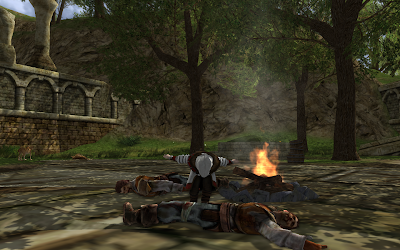 If you would like to learn more about what these games are about you can visit the wiki page here: Assassin's Creed.

Awesome. I love Assassin's Creed and Lord of the Rings and you blended the two!

Very clever screenshots, I love it!