The Story of Little Red Riding Hood by: Bronwen and Ellerysen

This next set of outfits we will post focus on the story of Little Red Riding Hood.
(Each outfit will have its own post with detailed screenshots and equips list)


Once upon a time there was a little girl who lived in a small village near the forest. She was very well known because of the little red hood she always wore everywhere she went. After a while, everyone called her Little Red Riding Hood. 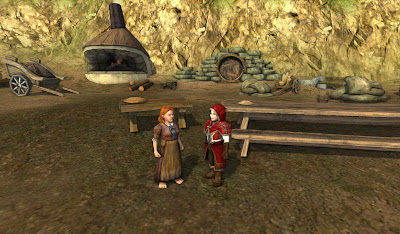 One day Little Red Riding Hood and her mother baked some delicious pies. They baked so many pies their house was bursting with bilberry. Normally this wouldn't be a problem for two hobbits, but they needed somewhere to sleep. Little Red Riding Hood decided to take some pies to her Grandmother. Red's mother warned her to be careful in the forest on her way to Grandma's house. So off she went! 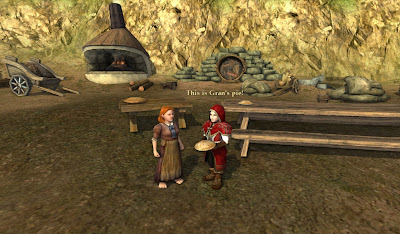 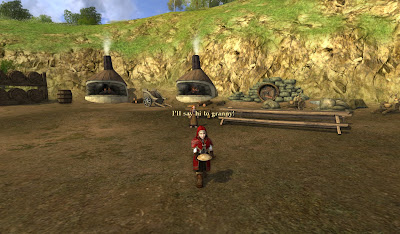 ~Meanwhile at Red's Grandmother's house~
A vicious and cunning wolf gobbled up Grandma and put on one of her dressing gowns. (*I think the floating cat was an accomplice but I have no proof.) 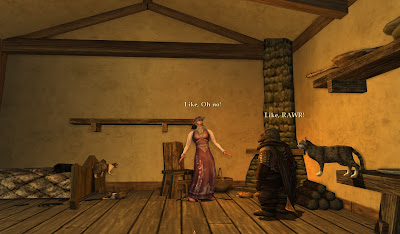 Unaware of what she would find at her Grandmother's house, Red continued on. When she finally reached her house, Red opened the door and went inside. 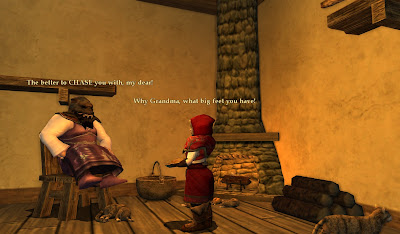 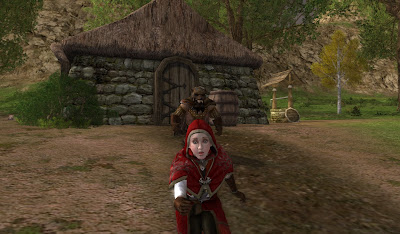 Little Red was frightened for her life and didn't know what would become of her! All of a sudden she heard rustling in the forest and out came a hunter! Red immediately recognized the hunter, it was Ellerysen! Thankfully, Red's mother had sent Ellerysen to keep an eye on her. 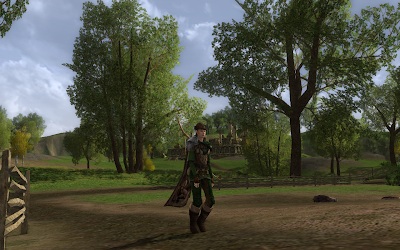 So Ellerysen the hunter grabbed the wolf and made her spit out the poor Grandmother. She was frazzled by the ordeal, but thankfully still in one piece.
(The image for this part of the story was too graphic so it was cut from the final production.) 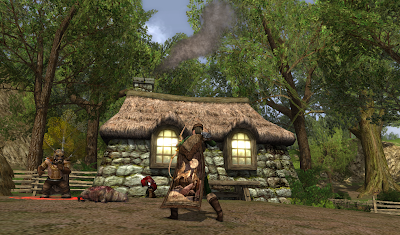 The hunter was victorious and defeated the big bad wolf! Everyone was overjoyed and Little Red yelled, "Time for some delicious pie!" So they ate until they were stuffed (especially Red), and they all lived happily ever after! (Except for the wolf, *she is now a nice housing decoration for Grandmother courtesy of the Bree taxidermists!) 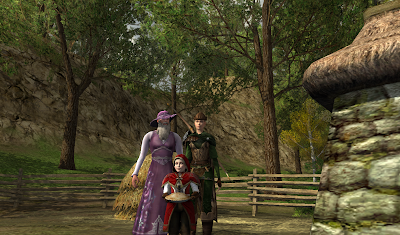 
Forgive me for some of the screenshot quality. They were all taken on the same computer, but for some reason a few of them turned out better than others. Bronwen and I really had a fun time creating this little scenario of outfits for you guys so please send feedback on what you thought! Big thanks to all those who helped us put this together!

Costumes by: Ellerysen and Bronwen of Imladris
at 5:54 AM Posted by Unknown
Email ThisBlogThis!Share to TwitterShare to FacebookShare to Pinterest

That was a lot of work put into taking screenies for the story but I think it came out nicely.

I really enjoyed doing this story. For the most part. lol Lot's of work though. Will make more like it in the future.

Very well executed! This is more than just outfits, it's entertainment!

This is very well done! I enjoyed not only the outfits but the storytelling that went along with it. Bravo!

This was wonderful. I loved Red's face when she's running out of the house. Well done to everyone.

My, Grandma, what a long beard you have!